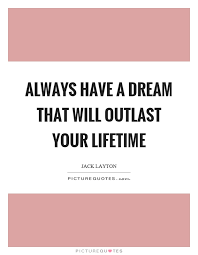 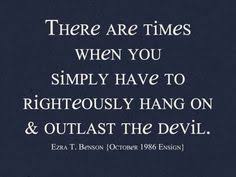 a) RATHER RANDOM NOTES

i. Yuri Bazhutov has announced the new, no 24 All Russian Conference
On Cold Nuclear Transmutations and Ball Lightning (Sept. 17-24) -see below. So this Summer-Fall there will be two important LENR meetings; the other being
12th International Workshop on Anomalies in Hydrogen Loaded Metals
5-9 June 2017

https://www.iscmns.org/work12/
Somewhere between the two meetings, will be the verdict in the Rossi Darden Trial
decisive for the fate of LENR in the coming next 10 years-  at least.

ii. The news and comments re this Trial seem to show an intensification of the battles- IH's voice says: " Rumor (from Dewey Weaver) is that Rossi provided massive discovery recently." That means his proofs.The discussion on LENR Forum is really interesting but not so much on the Trial as for the psychology and methods
of the combatants. Paraphrasing Winston Churchill:
"Never, in the field of human conflict was discussed so much, so loudly and angrily by so many who know so little about the reality of the situation" ( I forgot to add: "so (un)wisely'
The Web combined with a good dosis of self-trust and - perhaps- with a few $ can create such a possibility- the discussion is frequently quite passionate.

iii. I regret that I still do not know if the Stanford Energy Club Meeting of Jan 25 was an important event i.e. there will some follow up, a strong viable creative organization and/or movement created/started- something in the style of what I described for EDITNMH and NiHEXIT. But I will insist- still i can.

iv. - Life long learning is fine- this morning I was informed about the Atir-Rozenzweig-Dunning Effect. (I knew Dunnung Kruger well). Please read about it and tell me if it has something to do with the situations in LENR

V. Eventually I remain convinced about the outermost importance of SYSTEM THINKING for the development of LENR. (iv. and v. at LENR IN CONTEXT-2)

b)  EDITORIAL WHAT, WHY AND HOW TO OUTLAST?

Yesterday I have communicated my disappointment to Simon Derricut for inadvertently combining- in an almost causal mode of my rejection  of Ed Storms' theory with my confidence in Andrea Rossi's technology- an nonexistent correlation.
Simon justified his idea now:"

"Peter - at least I'm making you think about why. That's important, since it's too easy to forget the reasons Fleischmann started this in the first place."
(Simon continues with his usual anti-Rossi arguments- see my Churchill style quote above- he really does not seem an IH or Rossi insider)

What is really relevant here is the "why Fleischmann and Pons have started this isssue" Surely they knew that the energy future of the Mankind is not good and nuclear energy is not the Solution (Chernobyl accident, April 26, 1986!) and Hot Fusion is stagnating while eating billions of research dollars. So their discovery-unexpected excess heat plus some nuclear ashes made them very happy. Historians (and Stanley Pons) can tell if they thought on "unknown nuclear reactions' or on "fusion"- things are complicated and cold fusion a curse hybridized with a blessing.
OK, I knew their names well and with admiration they have published inter alia a great paper about the analytical uses of the micro electrodes that i have read at the Library of the Babes-Bolyai University.
As regarding Hot Fusion its insuccess was an offense for my technological optimism  ideology- all the technological problems will be solved in a way /form ( or other sooner or later. If Hot Fusion does not work it MUST be an other solution, even better. Many seasons of discontent have followed, Cold Fusion stubbornly resisted to grow up in a technology. For the original F&P system this lasts for almost 28 years.
In 1997 at Asti I had the opportunity to discuss with Martin Fleischmann about the
lost opportunity  of solving the problems of Cold fusion at IMRA France with good funding from Toyota and I could not resist to the idea- and if THIS does not work?
Martin does not seemed happy or optimist, Stanley Pons has retired from the CF battlefield. However many other researchers have somewhere, somehow  "out- F&P F&P" that is continued to believe in their idea and dream. A part of these started to think that
the idea is good, however it must be accomplished in other place, with a different device, other reactants than deuterium and palladium.
However the simplest and most rational system, NiH discovered by Piantelli at 16 Aug 1989 had also a s low grow up. Andrea Rossi has changed the situation- his system is based on catalysis at high temperature and his research approach was technological. I had the intuition- Cold Fusion, now LENR is catalytic and the problem will be solved only with the help of technology. Yes, I believe Rossi's system works and he will win the Trial with IH and in meantime other researchers will out-Rossi (out-LENR+_to be more exactly Rossi. His system is technologically rational viable and has fantastic possibilities.
The dream of Fleischmann and Pons will outlast their device, Rossi's technology will outlast triumphantly all its enemies, detractors, potential (and impotential) killers.

1) A MESSAGE FROM YURI NIKOLAEVICH BAZHUTOV

Dear colleagues!We inform you about coordination with administration of  Olympic - Dagomys Hotel of terms and the cost of accommodation of the next anual 24th Russian Conference on Cold Nuclear Transmutation and Ball Lightning (see attachments) during our traditional period (an early autumn season). The cost of the Registration fee and hotel accommodation in comparison with last year didn't change, and the term of carrying out conference moved for 2 weeks earlier, on the middle of September. We wait for your abstract of reports for timely introduction them in the RCCNT&BL-24 program and publications.On behalf of  RCCNT&BL-24 Organizing Committee, Chairman - Bazhutov Yu.N. and Executive Secretary - Gerasimova A.I.Russian Physical Society

Dear Colleagues,
The 24th Russian Conference on Cold Nuclear Transmutation and Ball-Lightning (RCCNT&BL-24) is to be held during .  The place of the Conference is Olympic (Dagomys) Hotel in the city of that is the best recreation and holiday place on the Black See .
The program of the Conference includes the following subjects:
·       Experimental research in Cold Nuclear Transmutation and Ball-Lightning;
·       Theoretical models with respect to Cold Nuclear Transmutation and
Ball-Lightning effects;
·       Applied to these problems technologies and devices.
The Organizing Committee of the Conference is pleased to invite you to attend the Conference (RCCNT&BL-24).  The terms of your participation are as follows:
The registration fee is $300/150 for Delegates / Students or Accompanying Persons, which will include visa support, conference Program & Proceedings, hotel reservation, social dinner and special excursion, must be transferred before April 30 to the account of the Organizing Committee.
If you make a decision to take part in the Conference please let us know before April 15 by E-mail sending the abstract of your report.

Hotel living cost with three daily buffet meals is ~ $300-450 (500-750) for 7 days in double (single) room (http://www.OlympicHotelSochi.com).
The languages of the Conference are Russian and English.

Now that the presentation has been postponed to the late summer or early fall, could the trial outcome have any effect on its demise, format and/or content verses having it before the trial? If possible could you explain?
Thank you for your attention to all of our questions. You have been very generous in sharing this journey.
Warm regards.
Brokeeper

Brokeeper:
It will be much better, because I will have total focus on it.
Warm Regards,
A.R.
Bernard Koppenhofer
January 28, 2017 at 4:01 AM

Dr Rossi: What feed back are you getting from the company you sold three reactors to after the year long test? Thanks for answering our questions.
Andrea Rossi
January 28, 2017 at 3:38 PM

Dr Andrea Rossi
All the papers deposited in Court recently are very difficult to be understood: can you explain what is going on?
Andrea Rossi
January 29, 2017 at 9:00 AM

Karl:
I strongly suggest not to lose time reading documents produced in this preliminar period, because it is like to understand a big painting observing one square centimeter of it here and there across the canvas, abstract from the global context that gives the meaning to every particular. What is really going on and the related situation will be understandable only at the end of the trial. Persons talking of it now are just displacing air with their tongues.
Warm Regards,
A.R.
AXIL -OPINION PAPER
A rule for LENRNuclear energy transfer from a nucleus to a Bose condensate quasiparticle ensemble member(BCQEM) happens without radiation because its energy storage capacity is large enough to hold enough energy to reach the meson creation level without an EMF overflow. The BCQEM acts like a big energy holding tank. When the BCQEM does overflow, the BCQEM produces mesons through Hadronization. The BCQEM is a BEC of SPPs. The BEC lives on the surface of the UDH.https://en.wikipedia.org/wiki/HadronizationWhen the quasiparticle is not a member of a Bose condensate, it releases stored nuclear energy less than or equal to 300,000 electron volts. This is a single SPP.Energy transfer from the nucleus to the individual or collective SPP is via entanglement. The SPP becomes the same particle as the nucleus and shares energy.=================Holmlid states: Quote"More recently, another form of Rydberg matter has been detected and studied, where the electron orbital angular momentum l is zero. The Rydberg matter structure is in this case instead given by the spin angular momentum s > 0. This quantum number was identified experimentally to have values s = 1, 2 or 3, giving an interatomic distance of only 0.57 pm in level s = 1.3This type of matter is usually called ultra-dense hydrogen with notation as H(0) for simplicity, with most studies concerned with the level s = 2 with experimental H-H bond distance of 2.3 ± 0.1 pm."In UDH, the electrons form a stationary spin wave on the surface of the UDH, the electrons sit still and don't orbit (electron orbital angular momentum l is zero). In this state, electrons will become entangled with photons and become SPPs. All the SPPs become entangled and form a BEC. Thus the UDH effectively produces a huge SPP with huge energy storage capacity. This SPP is quasi stable and continually releases energy as mesons when its meson energy limit is reached.In a non BEC state, single SPPs on nanowire have a small energy storage capacity and will release stored energy as XUV light when they decay. (10 to 100 picoseconds)

Nordic countries are bringing about an energy transition worth copying
https://www.sciencedaily.com/releases/2017/01/170127112945.htm
Date:January 27, 2017
Source:University of Sussex
Summary:What can we learn from the Nordic low-carbon energy transition given the new US leadership vacuum on climate change? A new study offers some important lessons.

The Atir-Rosenzweig-Dunning Effect: When Experts Claim to Know the Unknowablehttp://bigthink.com/neurobonkers/the-atir-rosenzweig-dunning-effect-when-experts-claim-to-know-the-unknowable?utm_source=Daily+Newsletter&utm_campaign=f5f45f244f-DailyNewsletter_+012817&utm_medium=email&utm_term=0_625217e121-f5f45f244f-40538314

For me it is axiomatic that a LENR leader or skilled worker must be good as System Thinker
https://thesystemsthinker.com/category/articles/?utm_source=Leverage+Networks+Email+Contact+List&utm_campaign=7cde81f59a-systems_practice_course_announcement&utm_medium=email&utm_term=0_5b6ed273b9-7cde81f59a-73238569