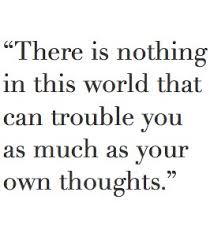 It turns out that to develop a ‘cumulative culture’ – technology that constantly ratchets up in complexity and diversity – a species needs to be able to share information very accurately. It doesn’t matter how much novel invention takes place, unless those inventions are replicated accurately then they die out before they can be built upon.” —Prof. Kevin Laland, University of St. Andrew’s
(borrowed with thanks from Harold Jarche)
LENR THINKER

NOTE
I have to add the zeroth rule in problem solving to my 20 Rules of Real Life Problem Solving:
0) accept the problem as real and make it YOUR problem

I have received zero feedback to my writing of yesterday- my peculiar vision of the troubles of Cold Fusion and it would be childish naivety to ask why. I have already presented too many times in vain the same ideas; the cradle CF system is intangible
plus the essential message could be understood as a nasty, unjust question:  "Colleagues should we accept we were barking at the bad tree ( a small bush actually for 28+ long years? An attack against the popular cradle system coming from a talkative- non contributor who in his sunset year(s) is on the wrong side in the fiercest dispute hitting our field.

However because I really care for the future of LENR , I am asking now:

b) IS THERE A WAY AWAY FROM TROUBLE, FOR COLD FUSION?

As Ed Storms has described it , Cold fusion LENR takes place only in special places
in matter (in palladium, first of all) and the generation of theas places- N.A.E or active sites is a difficult not well controllable ('intensifiable') process.
That is Ed says that cold fusion works with PREFORMED NAE.  Regarding the role of the temperature, here is his recent comment cited with permission:

Yes, I saw Kirkinskii's ideas. He is right. Because the LENR effect is controlled bytemperature, use of high temperature will result in increased energy once the NAE has formed. Unfortunately, simply heating a material does not create the NAE.   People following Rossi have made the mistake of thinking that high temperature alone produces LENR.  Also, people evaluating PdD have made the mistake of failing to consider the effect of temperature.
Rossi activates the Ni before it is heated. He has not revealed how this is done. People using Pd in an electrolytic cell are limited to too low a temperature for production of significant power.  Until these limitations are taken into account, comparing the amount of power that can be produced by Pd and Ni is not possible.

Now, what Rossi does is unknown however denying that he intensified excess heat from Watts to Kilowatts a difficult job...anyway.
I think the pre-formed active sites method with Pd or Ni or whatever cannot make cold fusion a practical technology and that the the role of high working temperature is to generate constantly heat generating sites. I believe in in-situ formed active sites, in what i called LENR+ in March 2012.
The future will show who and what is true. Till then I firmly believe that increasing of temperature  say about 700C triggers qualitative changes, triggers new mechanism- makes them possible.
(to be continued, apparently my site was today under some attack)

I just realized that given the  the abused parallel between Cold Fusion and the history of aviation, saying that the Doral test 1 year long has not worked,  is the equivalent of saying flight of the heavier-than-air machines is not possible - after the Lindbergh flight.

(25 members see the list directly here in English too)
https://docviewer.yandex.com/view/0/?*=Kow96EMe1bjLCrjrfxPqidH7F8l7InVybCI6InlhLWRpc2stcHVibGljOi8vUE1ndEpaUE5RTi90WlhEV0RoZGh5K3hib3RNWnBhNWRlZERvUTFOOGFQWT0iLCJ0aXRsZSI6ItCl0L7Qu9C%2B0LTQvdCw0Y8g0KLRgNCw0L3RgdC80YPRgtCw0YbQuNGPINCv0LTQtdGALnBkZiIsInVpZCI6IjAiLCJ5dSI6Ijc1MjM1NDE0ODE0OTIxNzQ4MzIiLCJub2lmcmFtZSI6ZmFsc2UsInRzIjoxNDkzMTMzMTA2NDgzfQ%3D%3D)
An example for all countries interested in progress of LENR, I think.

3) Low-energy nuclear reaction
The Center for Nuclear Study, University of Tokio
http://www.cns.s.u-tokyo.ac.jp/index.php?Entrance
Nuclear structure of neutron-rich nuclei which will be produced by RIPS or BigRIPS at RIBF are to be studied by employing the low-energy nuclear reactions such as proton resonance elastic scattering. In particular, the nuclei around 32Mg where the nuclear structure suddenly changes are being studied. This experiment can be related to an unknown nuclear force which breaks the isospin symmetry.

In parallel with the studies, we are developing devices to produce a high spin isomer target of 178m2Hf, which will be synthesized, and then purified by using the laser resonant ionization. When it is succeeded, long-standing dream of nuclear physics, production of hyper deformation, torus shape of nucleus, would come true.

https://www.lenr-forum.com/forum/thread/5221-new-uspto-lenr-patent-related-to-cravens-demos/
United States Patent 9,631,866 - April 25, 2017
Heat engine
ABSTRACT:
A heat engine that utilizes a controllable heat source that includes a body comprising a dopant that has an affinity for a fuel species, preferably a hydrogen isotope. The production of heat by the heat source can be modulated by the application of electric and/or magnetic fields to the body. The hear engine includes safety features that prevent excessive heat generation.

5) signalled at lenr.seplm.ru paper by Hideo Kozima
From the History of Cold Fusion Research, 8, pp. 1 – 23 (June 2015)
The Nuclear Transmutations (NTs) in Carbon-Hydrogen Systems (Hydrogen Graphite, XLPE and Microbial Cultures)*
Hideo Kozima Cold Fusion Research Laboratory 597-16 Yatsu, Aoi, Shizuoka, 421-1202, Japan *
http://lenr.seplm.ru/articles/hideo-kozima-he-nuclear-transmutations-nts-in-carbon-hydrogen-systems-hydrogen-graphite-xlpe-and-microbial-cultures
This paper was originally published in the CFRL News (Cold Fusion Research Laboratory News) No. 94 (2015.06.10). The nuclear transmutation (NT) in the cold fusion phenomenon (CFP) is an astonishing event not expected from the perspectives the pioneering researchers had in their motivation to perform experiments in this field. The researchers, however, seemed to realize the complex nature of the CFP at the first stage of their research not reconciling into the framework they had in their mind as expressed by Fleischmann et al. in their paper published in 1989; “The most surprising feature of our results however, is that reactions (v) and (vi) are only a small part of the overall reaction scheme and that the bulk of the energy release is due to an hitherto unknown nuclear process or processes (presumably "FORBIDDEN Scienceagain due to deuterons).”[Fleischmann 1989]

6) Evgenii Gigauri: " FORBIDDEN SCIENCE- Bio-transmutation- a discovery that facilitates for us a New Future"

8) Cold nuclear fusion development
http://www.sciencedirect.com/science/article/pii/S0168583X17304184
E.N. Tsyganov
Cold Fusion Power, International, United States
Received 9 November 2016, Revised 30 March 2017, Accepted 30 March 2017, Available online 19 April 2017
Abstract
Chemical energy sources (oil and gas) will run out in the next 30–50 years. In addition to the depletion of these sources, there is a so-called greenhouse effect, which imposes severe restrictions on the use of chemical fuel. Nuclear reactors use uranium and hope to use thorium reserves of fissile materials that will last for no more than 100–200 years. In addition to poor safety record of nuclear reactors, the problem of burying radioactive nuclear reactor waste for a period of thousands years has not have a reliable solution.

During the last 25–30 years, so called cold nuclear fusion processes in conductive crystals have been developed. This paper discusses the main features of such processes.

3) the innovation imperative
http://jarche.com/2017/04/the-innovation-imperative/
Posted by Peter Gluck at 11:47 AM