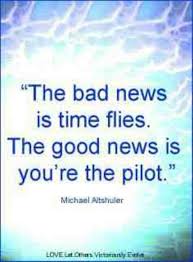 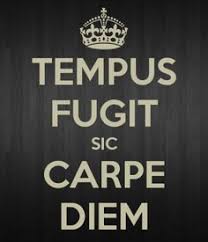 In LENR there are some good things, some bad, but one is excellent, immensely successful- conflicts. However I am optimist for the far future of LENR.
However, the story was and is incredibly complex and interesting!


Where will be in 6 months from today?1

On this, the 28th anniversary of the announcement by Stanley Pons and Martin Fvileischmann that they had observed a highly energetic phenomena in their experiments it is fills my heart with joy to know that these tortured spirits may finally be at peace and that their scarred reputation may fully healed.
Having gone through somewhat of a dramatic period in my own personal New Fire journey, I can now understand the immense respect they had for what they had discovered. I am not referring to their well known standard type cells, but rather their 1cc deuterium loaded palladium cube - ‘singularity’. The unintended effect of this experiment was it resulted in the destruction of their apparatus, a hole bored through the base of the fume cupboard and a relatively large volume of concrete and silicon dioxide based aggregate from the lab floor either disappearing, or turning to very fine particles. This scared them, as they realized they had stumbled upon something strange and potentially far more disruptive than more standard nuclear energy. Despite the fearsome effects, they did not report fire damage or activation of the lab... that is to say, this effect neither burnt in a chemical way, or produced large quantities of hot species.
This story had echoes in the same year of their announcement when Francesco Piantelli observed a similar ‘singularity’ in his nickel and hydrogen biology experiment... only this time under cryogenic conditions. Clearly this process could occur at a range of temperatures but what was common was a transition metal, a hydrogen species, electricity and a sudden parameter change. As Francesco Celani said as he agreed to give us access to his technology, safety, safety, safety is the most important thing.
The whole New Fire community has suffered ridicule and ostracisation over these 28 years, just as those who stumbled on similar effects in the past. It can be no secret that there has been vast resistance to New Fire research over the years, however, as I have seen up front and personal it goes way beyond the reasonable rejection of new data, on the one hand the attacks appear irrational at the same time as well coordinated – on the other hand they appear like an auto immune response from the human psyche to something unfathomable.
On reflection I find myself thinking what did anyone expect from a technology that appears to conjure forces into our physical realm in a way that appears to give “free” or “over unity” energy. When any technology that delivers a return of over 1 is able to be close looped, COP becomes meaningless and we tend to infinity if there are no other damping or limiting factors. This realizations should garner both fear and respect and once you know it you understand that we must be responsible with this great power that the universe is now bestowing upon us.
There are many things that can be realized with the 'New Fire' but perhaps those capabilities which are most pertinent to our needs right now are:
We must demonstrate to the universe that we can use this technology responsibly before the planets align, by that, I mean we must show that we can work in tune with the natural ebb and flow, of nature. We must be humble and equitable in our deployment of the gift that is being given to us so that what we may take and give back rather than hoard. If we push this technology to its extreme it will set the balance to null itself and it will be out of our control. Nature always does this balancing, because nature abhors a vacuum.
At this moment we are sitting on the most incredible opportunity man has ever had, we are presented with a range of New Fire technologies whose inventors are prepared to gift them to man. We have already released details of ECCO, additional to this is what we are calling NOVA and AURA. This family of technology promises to solve the most intractable problems we have as a planet.
It gives me great honour to announce that in just 4 days, you, the followers of our humble live open science project have donated the best part of $25,000. This is just enough to test each of these technologies in the coming months. We are currently looking at the best way to get un-redacted fuel and ash testing done, of course the best way would be to have the equipment under the projects control where we can share the analysis live.
Once proven, as per the projects initial stated goals, we are putting in place methods and means to distribute the technologies far and wide with a data and knowhow sharing framework. We are also putting in place approaches to message and educate on the science and the impacts of the technology moving forward.

Thank you to all of the scientists, working, retired and in the citizenry that have enabled our journey or worked with us. Thank you to all of those brilliant minds that laid the foundations and did the hard relentless work from which our current claimants have been drawing their inspiration and thank you to the few individuals that have come forward, in a selfless way, to gift working embodiments to help us lift up the poor and protect our biosphere.
May we learn to use the New Fire to live in tune with nature, to love and respect each other and to leave a better world for our children.
NOTE: Thanks to Bob, his editorial-on-video is here:
https://steemit.com/life/@homosymbion/where-will-be-in-6-months-from-today

NOTE: Re the Rossi vs Darden litigation, today IH has told what they know/want. Tomorrow it will be the turn of Rossi and his allies, the fight continues..

3) Thanks to Sergey Tsvetkov who has sent the accessible link to this:
About the applicability of the TET thermoemission transformer technology to the device of A.  Rossi by VITALII UZIKOV
О применимости новой технологии ТЭП к устройствам А.Росси
http://proatom.ru/modules.php?name=News&file=article&sid=7373 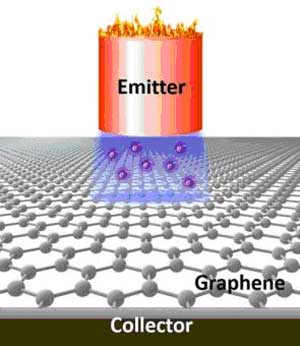 It fits the LENR multibody reaction model and explains the lack of energetic
particles associated with two- body nuclear reactions. I give it a thumbs up!

And it may be in time for consideration by the distinguished Swedish Committee
that evaluates scientific advances for 2017.

7) Rossi v. IH — Final Penon Report Published in Court Documents (Among Many Others); “Plant Consistently Produced Energy that is at Least Six Times Greater than the Energy Consumed”
https://www.lenr-forum.com/forum/thread/4745-rossi-vs-darden-developments-part-2/?pageNo=128
http://www.e-catworld.com/2017/03/23/rossi-v-ih-final-penon-report-published-in-court-documents-among-many-others-plant-consistently-produced-energy-that-is-at-least-six-times-greater-than-the-energy-consumed/

https://www.sciencedaily.com/releases/2017/03/170322143233.htm
Date:March 22, 2017
Source:ICFO-The Institute of Photonic Sciences
Summary:
Researchers report the discovery of a new technique that could drastically improve the sensitivity of instruments such as magnetic resonance imagers (MRIs) and atomic clocks. The study reports a technique to bypass the Heisenberg uncertainty principle. This technique hides quantum uncertainty in atomic features not seen by the instrument, allowing the scientists to make very high precision measurements.