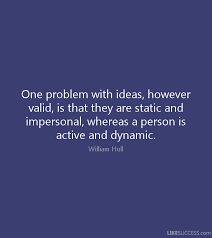 The world is complex, dynamic, multidimensional; the paper is static, flat. How are we to represent the rich visual world of experience and measurement on mere flatland? (Edward Tufte)

I wrote about LENR Culture and the Web came to help me this morning with the paper entitled "When culture betray" (see at INSPIRATION) It is about companies
and the authorr says:
" Culture in my mind is the mentality of a company — its thought processes."
Valid also for a research field as LENR. A culture dominated by myths that create a new reality incompatible with what's "really real" will cripple, then will put to starvation and eventually kill its "carrier"
I am saying here a lot of unpopular things that go almost unpunished but totally ignored. Recently I dared to say that PdD will never go commercial and have demonstrated this with data but very fast a lot of inflated, manipulated over-optiistic data have appeared and PdD has a commercial future again- a mythologic one.
"Cui prodest" "whom does it profit"- who is happy with this unreality? iS this an element of OUR culture?  I think Pd D was a harbinger of something huge, vitally important for the Mankind's future and trying to make more from it than it reallly is and for longer time as the inexorable changes and progress permits it- is highly counter-productive. Metaphorically but seriously and clearly speaking, I have predicted to PdD LENR:
"if you try too hard to use your cradle as a car, chances are it will become your coffin"
Perhaps even more worrying for this system than its non-commercial future is the nagging question:
"How can PdD contribute to the deeper and better understanding of the basics of LENR? I have not used the word theory, I have already shown that I think LENR wants a theory-plex- a synergetic combination of more partial theories.
You see that I am following the experimental activity in the field inclusive the most davanced research as at ENEA and and SKINR- but I cannot find how we will get valuable NEW scientific data from the electrolytic PdD cell- however I am not claiming my innerancy as a dense group of supporters- oppressors on our forum. I see a chronic lack of actionable parameters for PdD and I concluded it is an incomplete system missing essential dynamic factors characteristic for higher temperatures (600- 1400 C)  that cannot be achieved with this aqueous cell.
I believe a winner culture exists for LENR and let's now just ask how it will be
simple or interdisciplinary complex?
with preformed nuclearly active sites or with them formed in situ?
static or dynamic?
working below or above the temperatures for strong Surfdyn- moving of metaal atoms?
- lead by the "Science followed by Technology" or "Technology and Science simultaneously" principle?
Which cLENR Culture will survive, extend and flourish, how and why?

Dr Andrea Rossi:
Nissan has replicated your effect and wants to use your technology for their electric engines:

Expectations on the new heat-generation-reaction between metal and hydrogen
M. Nakamura*, M. Uchimura, H. Takahashi, S. Sumitomo
Nissan Motor Co., Ltd.
*mas-nakamura@mail.nissan.co.jp
The development of technologies friendly to the global environment is a major theme in the
automotive industry today. Especially, to reduce CO2 emission and to achieve cleaner exhaust
emissions, Electrical Vehicle, EV, has received a lot of attention in recent years. The sales numbers of 100%-EV was around 6 times higher for the past 5 years. 100%-EV means that it does not have any other power source except motors. Nissan launched it, named LEAF, in 2010 and the total number of sales exceeded 250,000. But some customers complains the mileage per 1 charge, around 200km. In particular, the mileage in winter season could decrease by half due to using of heater, this should be solved.
In 2010, A. Rossi reported E-cat, Energy Catalyzer. This equipment can generate heat energy
from Ni and H2 reaction and the energy is larger than input one. This experiment was replicated by A Parkhomov but the reaction mechanism has NOT been clarified [1-2]. If we can use this heat energy as a heater application into EV, the problem of short mileage caused by using heater will be solved, the EV with this equipment will be a candidate for customers who have a sense of dissatisfaction that they should charge very often.
In this report we will report 2 things. The first one is the experimental results regarding to
reproducing Parkhomov’s experiment with some disclosing experimental conditions using
Differential Scanning Calorimetry (STA-PT1600, Linseis Inc.). This DSC can measure generated heat within a tolerance of 2%. The second one is our expectation on this reaction for automotivepotential.
[1] A.G. Parkhomov; International Journal of Unconventional Science issue 7(3), pp. 68-72, 2015
[2] A.G. Parkhomov; International Journal of Unconventional Science issue 8(3), pp. 34-38, 2015

Rossi thanks for the following messages:

Dear Andrea Rossi:
Congratulations for the replication made by Nissan: great !
S.E.

Dr Andrea Rossi:
The replication made by Nissan is very important: are you in contact with them ?
Cheers,
Shanda

Kyung Sivley
March 15, 2017 at 9:20 PM
Dr Andrea Rossi:
I read the replication made by Nissan: it is huge! They replicated your effect and the Parkhomov experiment and want to apply the Rossi Effect to their electric cars.
Congratulations, this is huge.
Kyung

INTERNATIONAL JOURNAL OF UNCONVENTIONAL SCIENCE  # 14-
http://www.unconv-science.org/n14/
Interesting; it is one review by A.G. Parkhomov but not LENR

Beating Nature at Its Own Game

Thanks to Jed Rothwell:
The Great A.I. Awakening


A summary from the SCIENCE issue of tomorrow:

Hydrogen wreaks havoc in many alloy systems, leading to embrittlement that can cause catastrophic failure. This is a serious issue for any industry that produces or uses hydrogen—affecting production, transport, storage, and use—and is a real challenge for the development of a hydrogen economy. However, the design of new materials that resist hydrogen embrittlement is limited by the difficulty of experimentally measuring or observing hydrogen; precisely locating hydrogen at the atomic scale is a notorious challenge in materials science. Other examples of where this information is required include the development of fuel cells, the prevention of corrosion, and the improvement of catalytic processes. On page 1196 of this issue, Chen et al. (1) directly observe the precise, atomic-scale, three-dimensional (3D) distribution of hydrogen atoms within matter by using a new approach to atom probe tomography that utilizes deuteration, cryogenic transfer, and sophisticated data-analysis algorithms.
Note- how to localize H in the Ni fuel?
Posted by Peter Gluck at 1:32 PM