FEB 26, 2017 LENR AND THE THORNY MIMOSA AXIOM AND PARADOX 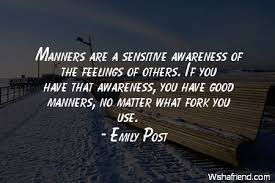 
a) The dangers of axiomatic thinking

it is an old axiom of mine that most rude, offensive, nasty and dominant individuals are, in the same time the  most sensitive and touchy. An obvious metaphor for them
would be "thorny mimosas"- however Botanics disagree- the sensitive mimosa (Mimosa pudica) and the thorny one (Mimosa invisa) are separate species.
But human thorny mimosas abound.
This axiom based on my life experience is indistinguishable from certainty- this is excellent and a happy case, if I still meet an exception somewhere it will not do harm, on the contrary. Axiomatic thinking is good in mathematics but can be very destructive in life, axioms need healthy axons  and faulty people like the thorny mimosas can develop axioms that are not certain, not true.

It happens that the negationists & executioners in spe of the Rossi Technology whom I cannot call my faithful fans have developed a set of simple axioms: Rossi evil and scammer, E-Cats unable to release excess heat,  those strange people who give Rossi a chance to have had lead a successful 1 year experiment or to win the litigation with  industrial Heat, Cherokee and Co- those people are inferior beings,  Industrial Heat is the great benefactor and savior of the troubled  LENR field.
Axiomatic thinking transforms their relation with reality any error is fatal, any error is scamming, is fake the most impossible things are possible if they are bad for Rossi's Technology. Necessary information can and has to be created.
Personally I understand they  want to win, however if they indeed believe r=their axioms why are they so active and focused on the inventor not on the Plant?

Recently their task has taken a concrete simple-in-principle form: they MUST demonstrate that the keystone of the Test the ERV core report showing the daily results  and confirming stellar multiplicative excess heat- are fake. no other poswsibility exists. A must kill case.

Let's think a bit: the Test ad a duration of some 5.08  millions minutes and the results were recorded- I think each minutes. These results - minute by minute re obviously much more relevant than the daily ones and i bet they will cause a lot of trouble to the must killers. I also bet even the great inquisitor will be able to show only with great efforts his "any half-wit looking at the results will see no excess heat possible.
The keystone of the killer scenario is still the "flowmeter installed on a half-full pipe"
phantasmagoria. A possibility discovered by him is that the flowmeter is installed on the condens retour pipe. OK, but does the flowmeter work there? Its minimum working pressure is 0.3 bar a column of water 3 meters high. What shows the secret diagram of piping? However after the vertical pipe- according to the operating instructions

comes a horizontal part and - see Figure 1 in the instructions- an elementary  simple (and already discussed here many times) system to make the instrument able to work.
The idea is annihilated from start because
:a) what has to measured directly is the quantity of water entering the generators;

b) If the flowmeter would be placed on the retour pipe, without respecting the most elementary rule (figure 1) its functioning would be erratic- so wait to see the set
of more than 5 million results.

I wrote this being perfectly aware  that my thorny mimosa opponents will be not impressed, not convinced, not thinking- their axioms rule, they are programmed to do , what the always do.

Cold fusion is rejected for the following reasons. Unless you can address and counter each, I see no hope for anyone taking your letter seriously.  At least, you need to wait until the process is understood well enough to make reasonable success likely.  Nevertheless, making people at all levels aware of your interest is aways worth the effort.  Every drop of water on the rock removes a little rock until the rock is gone. So, good luck with your effort.1. The claim conflicts with current conventional knowledge.2. The energy, if applied, would threaten conventional sources of energy and the countries that supply this energy.3.  Scientists in the field itself can not agree about even the most basic description of the phenomenon.4.  No obvious path to success in making the energy can be proposed.5.  No one can see how to make enough money generating this energy.6. The reputation of the such claims is so bad, people do not want to be associated with anyone  who promises to make such "impossible" energy.

Most scientists 'can't replicate studies by their peers'
http://www.bbc.com/news/science-environment-39054778?SThisFB

Fortunately it is about medicine, not LENR

Summary:
An efficient hydrogen storage system has been developed that could be a boon for hydrogen powered vehicles.

Keep Faith in the Steady Progress of Innovation
by Paul Sloanehttp://innovationexcellence.com/blog/2017/02/21/keep-faith-in-the-steady-progress-of-innovation/

How Google Innovates
by Greg Satellhttp://innovationexcellence.com/blog/2017/02/22/how-google-innovates/
Posted by Peter Gluck at 12:27 PM