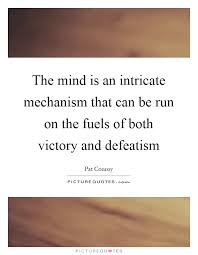 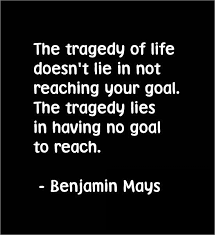 It is Sunday, a minimalist day regarding the number of messages I am receiving. he same probably for the number of readers- 150-200 less than a in a weekday. However the problems of LENR do not relax and I am an incurable workaholic nly 3 years younger than Leonard Cohen  who passed away- so I try to discuss important things even today.
There are two subjects  till now: a) it is the duty of LENR community to answer to the obituary of our field- dated 1/4 century ago b) a starting discussion about LENR and mathematics- see
the first paper at LENR IN CONTEXT-1 about the physicists scared by high level mathematics.

a) If the American Chemical Society thinks LENR died 25 years ago, then...
...then it is not difficult to guess what they think about its proper place.
I have already emphasized that it is our duty- as community to answer in a civilized but firm manner and to show that ACS is in deep error- nobody answered actually.
I also have said that we have to explain to ACS that there are essential differences between the energy produced by LENR and BrilliantLightPower' s hydrino energy- please do not combine or even mix them, treat them separtely! Two scienist friends have agreed with this.
Some inhabitants, prisoners of the Anti-Rossi Planet having the mission/tas/hobby
to use ANY opportunity to attack the person and the technology of Rossi have  considered that even this obligation to start discussions with ACS is good for saying that Rossi's LENR+ does not exist and is only my personl fantasy accepted by nobody else.  25 years ago Rossi had not much to do with Cold Fusion, and when he started to work with the classic system his fast conclusion and decision was to discover his own way and technology.
It is inconceivable ethically and scientifically to not respond to ACS, it is defeatism of low quality.

Prof Lev Sapogin's presentation - slides aimed for SSICCF20 China shown here  two days ago, still has no echo- probably due to its mathematical level. Still waiting,I wonder what will say a high class mathematician as Jean Francois Geneste about UQT?
I have not excelled in mathematics (but have a great practise n engineering calculus)  however my very first publication ever was a problem in the Romanian Gazeta Matematica in 1953 - I remember it and I try to explain it in words.

The solution has some similarity with the Golden ratio and I remembered tis old stuff when I entered my Golden Year (79 is the atomic number of Gold).

Dear Dr. Rossi,
It seems to me that the IH attorneys with their enormously increasing in complexity and quantity of produced pages, are trying to explain the Schrödinger’s Cat paradox, wanting to demonstrate that the E-Cat is dead (or never born) AND alive in the same time. Mission impossible…

Italo R.:
That’s an interesting interpretation of the Schroedinger paradox.
Anyway remember that in Physics nothing is impossible, everything is associated to a probability number and complacency is always a very dangerous attitude.
Warm Regards,
A.R.

3) COULD LENR BE AN ENERGY SOURCE OF THE FUTURE?
http://climatescience.blogspot.ro/2016/11/could-lenr-be-energy-source-of-future.html

4) Trump Victory will have little or no Effect on Fusion

Even physicists are 'afraid' of mathematics

The study, published in the New Journal of Physics, shows that physicists pay less attention to theories that are crammed with mathematical details. This suggests there are real and widespread barriers to communicating mathematical work, and that this is not because of poor training in mathematical skills, or because there is a social stigma about doing well in mathematics.
Dr Tim Fawcett and Dr Andrew Higginson, from the University of Exeter, found, using statistical analysis of the number of citations to 2000 articles in a leading physics journal, that articles are less likely to be referenced by other physicists if they have lots of mathematical equations on each page.
Dr Higginson said: "We have already showed that biologists are put off by equations but we were surprised by these findings, as physicists are generally skilled in mathematics.
"This is an important issue because it shows there could be a disconnection between mathematical theory and experimental work. This presents a potentially enormous barrier to all kinds of scientific progress."
The research findings suggest improving the training of science graduates won't help, because physics students already receive extensive maths training before they graduate. Instead, the researchers think the solution lies in clearer communication of highly technical work, such as taking the time to describe what the equations mean.
Dr Fawcett said: "Physicists need to think more carefully about how they present the mathematical details of their work, to explain the theory in a way that their colleagues can quickly understand. It takes time to scrutinise the details of a technical article -- even for the most distinguished physics professors -- so with many competing demands on their time scientists may be choosing to skip over articles that take too much effort to digest."
"Ideally, the impact of scientific work should be determined by its scientific value, rather than by the presentational style," said Dr Higginson.
"Unfortunately, it seems valuable papers may be ignored if they are not made accessible. As we have said before: all scientists who care about the dialogue between theory and experiment should take this issue seriously, rather than claiming it does not exist."
The statistical analysis is free-to-view at dx.doi.org/10.5281/zenodo.58792
Story Source:
Materials provided by University of Exeter. Note: Content may be edited for style and length.
Journal Reference:


Our Obligation to Humanity in the Face of Climate Changehttp://www.huffingtonpost.com/yasmine-sherif/our-obligation-to-humanit_b_12925940.html

There Is a Crack in Everything, That’s How the Light Gets In: Leonard Cohen on Democracy and Its Redemptions
https://www.brainpickings.org/2016/11/10/leonard-cohen-democracy/?utm_source=Brain+Pickings&utm_campaign=42ade5ff7d-EMAIL_CAMPAIGN_2016_11_12&utm_medium=email&utm_term=0_179ffa2629-42ade5ff7d-233952261&mc_cid=42ade5ff7d&mc_eid=4a6485c097
Overcoming Hurdles to Scaling Innovation
by Jeffrey Pappin
http://innovationexcellence.com/blog/2016/11/04/overcoming-hurdles-to-scaling-innovation/
Posted by Peter Gluck at 11:33 AM